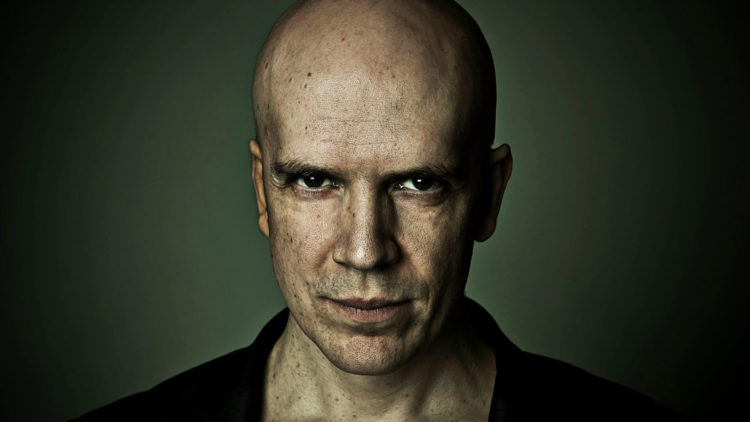 I won’t write about who inspired me to start learning guitar or get involved in music, I want to write about an artist that gave (and still giving) me the inspiration to understand and love the music itself.

I started learning the instrument 6 years ago, simply playing randomly a guitar of a friend of mine and then took some lessons.

I continued playing it inspired from the famous legends of rock and metal, watching youtube videos of many live and online lessons, discovering bands of every genre, artists that gave me the inspiration to pick up the guitar and play it.

The thing goes on until I found an artist that literally opened a new breach in my “music point of view”, Devin Townsend.

I began to listen to his albums, watching on Youtube every interview and live shows, and I’ve been impressed by his humanity, musicality, songwriting, empathy and of course his hilarious sense of humour.

The way he speaks to the people about his passion for the music literally blows my mind, he expresses his emotion in every song like he’s playing it for the first time and of course … He’s super talented, he has an unbelievable voice and he’s also a very good guitar player.

I know that is a bit strange that an aspirant guitarist like me is more inspired by an artist like him, instead of many guitar heroes out there, but … as I said before, the main thing that Devin Townsend caught my attention is: his person, the dedication and devotion to the music and how empathic he is.

I’ll share with you some links that I hope you enjoy.

This is the Empath documentary series of his last album, it explains the evolution and the process through the writing and recording process, with some interviews and a “behind the scenes” in the studio, very inspiring.

For this album, he collaborated with many talented artists and probably is one of the most complicated project he’s ever done before, the dedication for this album is very unbelievable.

And this is the Transcendence documentary of the homonym album with the group Devin Townsend Project. Another interesting documentary and also very inspiring.

Deadhead, one of the most powerful song that he’s ever written, I wanted to share with you this particular song and performance because what it amazes me is the emotion he expresses through the whole song and is very touching.

And this is an unbelievable live session of his album Casualties of Cool, with Ché Aimee Dorval, that gave her voice for the album.

Thank you for reading and good music to everyone!

” Should be everybody involved, it should be fun. It’s just music. “