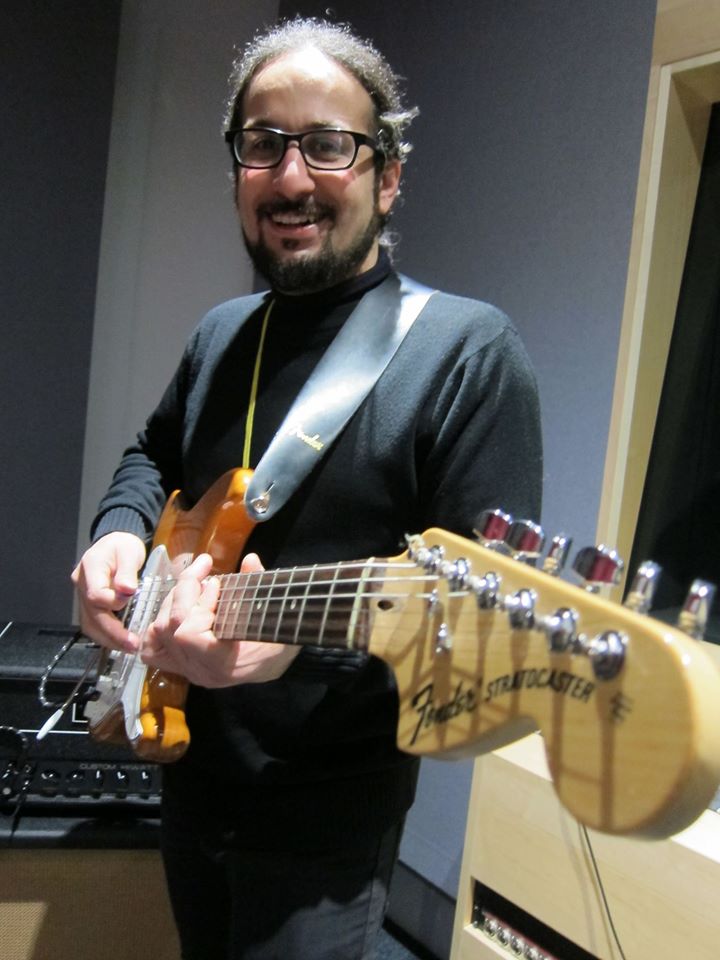 Fabrizio’s Guide to His Own Philosophy of Music. Part 2

While the first part of this article was mainly focused in the analysis of the styles and quotations involved in Blusion, this second section is going to explore the themes and ideas that inspired this composition.

Basically, the whole piece of music tries to describe (metaphorically) the unpredictability, the diversity, the fragmentary, and the sudden brutality of our ordinary life. Roughly speaking, our lives are often inconsistent, fragmented, and at times inconclusive. However, and nonetheless, they tend to offer us all sorts of emotions: from ‘making love’ with a landscape, a piece of music, a work of art, a person, to a punch in the stomach, or the disorientation due to a sudden and unexpected event.

For instance, the slow arpeggio section in Blusion represents the description of the exact instant in which a human being experiences the deep enjoyment of something authentically emotional – such as the pleasure given by sharing particular feelings with another person. All of us, in fact, experience these feelings and emotions throughout our own lives.

Now, the chords with which this section has been composed were not chosen randomly, as well as the notes of the second guitar in the background (a sort of Gilmour who tries to explore some kind of jazz territories). The chords chosen (major-seventh chords) are by their own nature sweet and pleasant, and tend to create a solid climate of peace, quietness, and harmoniousness.

Here is the specific message conveyed by this section: everyone is able to ‘grab’ his own life at a given instant of time and think “now is the time to deeply enjoy this instant of pleasure and peace… and I have to do it right ‘HERE-AND-NOW’, I can’t put it off, because it’s something visceral and might suddenly disappear in the blink of an eye, without any notice“.

As often happens in our actual lives, without notice, from an instant of peace, serenity and stasis, the following section of Blusion throws the listener straight away into the anxiety of a music phrase built on a Diminished Arpeggio (which then resolves to a Dominant Seventh chord). In fact, Diminished chords and arpeggios, by their own harmonic nature, have the power to communicate a strong sense of apprehension, uneasiness and even agitation – they are ‘diabolic’ in a way. Their role is to destabilise, to create tension and, under certain circumstances, they can also confuse or even annoy the listener (it’s interesting to note that there has been a time in the past when it was even forbidden to include them in music compositions, as they were considered ‘devil’s music’!). Once again, also in this section, the notes were selected according to the message or the ‘scene’ that I wanted to communicate and eventually suggest to the listener.

Let’s now dig even a bit deeper into this particular part of the tune by considering its contrast and comparison with the previous part. In fact, this section might be considered as ‘a punch in the stomach’ to the same person who, only an instant before, was fully enjoying his time – experiencing something definitely deep, serene, as well as visceral.

The message of this unstable, anxious and fairly annoying section (which opens then the ‘furious ride’ of the solo) is: some of the sudden and overwhelming changes that occur in our lives can create a strong state of tension which, unfortunately, can’t take into account what we were experiencing only an instant before. For example, a phone call, some news or a particular event can break into our lives without notice, and maybe radically change it, possibly permanently.

The solo is an attempt to imagine and describe the one who has already ‘wept on his time to come’ and, despite everything which is happening, has happened and will happen, he tries to carry on anyway. And he does that by flying high in the skies, while riding the crazy fury of an imaginary winged horse.

In our third and final instalment of this article, I will try to clarify a bit more some other general aspects of my philosophy of music. And I will do that also by exploring some of the psychological features of music. Of course, this is going to provide you with only a hint in that direction. But it’s a hint which might open up your view to an entirely new, exciting, perspective.